A Project for Better Journalism chapter
The Arvada Argos
In the Community, The Watchdog (Opinion)

Following In the Footsteps of Portugal 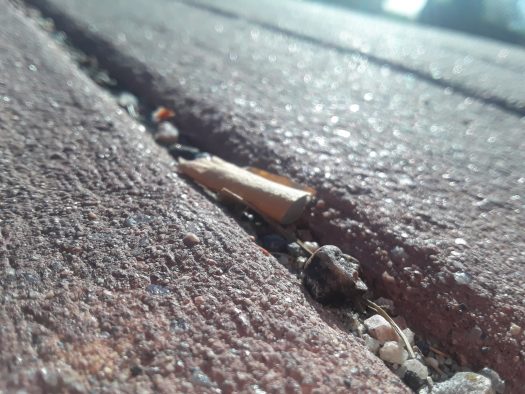 ▲
A cigarette bud left on the ground outside

▲
A cigarette bud left on the ground outside

The government of Portugal decriminalized drugs in 2001. Instead of treating them like criminals, the law now recognizes these people as troubled and struggling individuals. There is no criminal record or jail time for these people but services are offered to combat addiction and a fine at the most.

Since then, the rates of drug overdose,  drug possession, and HIV in drug users have all plummeted. In the late 1980’s there were over 100,000 people addicted to drugs-1% of Portugal’s population. But after the decriminalization of drugs, at least 50,000 of those people have received help and are no longer addicted.

“The reality is that Portugal’s drug situation has improved significantly in several key areas. Most notably, HIV infections and drug-related deaths have decreased, while the dramatic rise in use, feared by some, has failed to materialize,” Said Dr. Joao Goulao, the mind behind Portugal’s decriminalization policy.

Other places like Switzerland did something similar. Switzerland was one of the first countries to try heroin-assisted treatment, from 1987 to 1992. Illegal drug use and sales were allowed in Platzspitz Park, Zurich, in an attempt to counter the growing heroin problem. Their policies were focusing on prevention, therapy, harm reduction and prohibition.

“We had to change perspective and introduce the notion of public health. We extended a friendly hand to drug addicts and brought them out of the shadows,” Ruth Dreifuss, a former Swiss president and interior minister, told a briefing.

America can learn from these two countries. The only thing that has been implemented to help drug users is a war. Individual states have tried to reduce the material used to make hard drugs, like meth or heroin. Unfortunately, the demand doesn’t go down once you reduce materials. The overdose rate in America is 185 per million, one of the highest among developed nations.

“We conclude that prohibition is not only ineffective, but counterproductive,” Christopher J. Coyne and Abigail R. Hall said in their article,  Four Decades and Counting: The Continued Failure of the War on Drugs.

The mentality that drug abuse is a criminal issue has carried on to our local rules and even our schools. When someone is caught with drugs they do not receive help but a punishment, making them just as likely to do the same thing.

“I stopped for awhile. The week of ISS and twenty hours of community service made me stop for a little. But I’ve smoked a lot since,” said an anonymous source that was caught with drugs in school.

In a society that was ruled by drugs like Portugal, a war on drugs is not what will help people. Creating a mentality that drug abusers are nothing more than criminals ruined almost any chance of them being able to get help. Simply reducing the availability will not stop the everlasting demand for drugs. People with drug problems need to be treated, not sent to jail and sent back out into a world where all they know is drugs and violence.

According to a Vice News article, the rate of new HIV infections in Portugal has fallen precipitously since 2001, the year its law took effect, declining from 1,016 cases to only 56 in 2012

But these are only two nations that have adapted a new way of treating drug use, which has been significantly more successful than America’s war on drugs and all other attempts at reducing drug associated problems. It’s time we use these innovative strategies and end this type of discrimination on people who have become victim to drugs.

Other sources not directly quoted: