A Project for Better Journalism chapter
The Arvada Argos
Events, In the Classroom

Competing for a Language 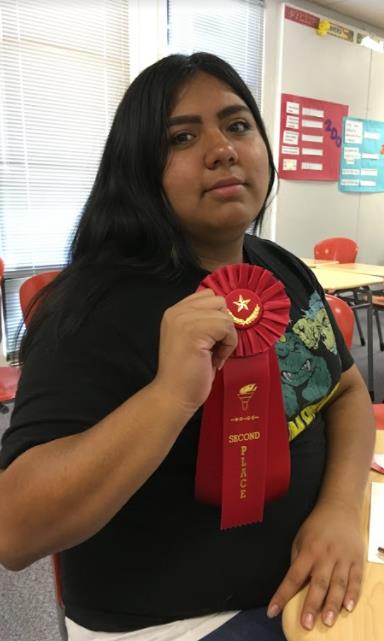 On April 17, 2018, students taking a world language course traveled to the University of Northern Colorado to enter a contest that demonstrated what they have learned. One of the students competing was junior Victoria Mata, a past competitor that had entered the same contest last year.

“I found out about the competition from my teacher, Maestra Castorena,” Mata said.

The competition that Mata had entered was the piñata maker, where one or more students could create a piñata. According to Mata, the contest was more of a challenge this year than her previous year.

“It was really hard because last year I had help, but this year I didn’t,” Mata said. “It was hard not having someone hold up the structure well I made it.”

As students entered the university, both art and piñata makers had to take their masterpieces to a room where students, teachers, and judges came in to look over the individual pieces. Mata created a rainbow unicorn piñata for the contest.

“It was cool to see everyone else’s work and what they did,” Mata said.

About a week later, students got their art results back and Mata was announced as the second place winner of the piñata competition, earning the red ribbon at UNC’s World Language Day.